From Russia with love, part II

For the last few years we discover more and more photographers that came from Eastern Europe, especially Russia. This is certainly one of the positive effects of globalization that we can access this production. After my previous post, I wanted to come back on two great books recently discovered, which have in common to question the functioning and building of memory(ies).

The first is “Old family photographs and deep sky objects”, by Alla Mirovskaya. Superb self-published book that combines old photos from family albums with pictures of space made by the Hubble telescope and from Chandra Observatory.

At first sight, one might wonder why associate these two series, especially as Alla Mirovskaya mixes the captions. But it’s ultimately how we begin to find meaning. We realize that to be figurative as these two series are, they nonetheless unknown to us. Whether the constellations or the characters are only known through their representations. They contain the same vagueness while the images overlap and intermingle. Something appears in our imagination, which is not without recalling the montage of attractions theorized by S. M. Eisenstein. One does not only remain a spectator of the story, one seems to remember, alongside Alla when turning the pages of the album. Alla also explains that it is a bit to perpetuate the family tradition that she has done this work. One way to include this memory on paper, now abandoned to the computer. 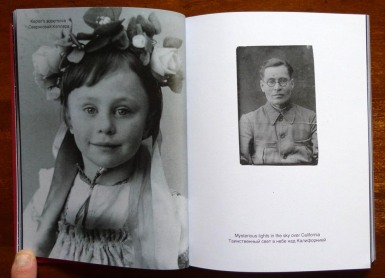 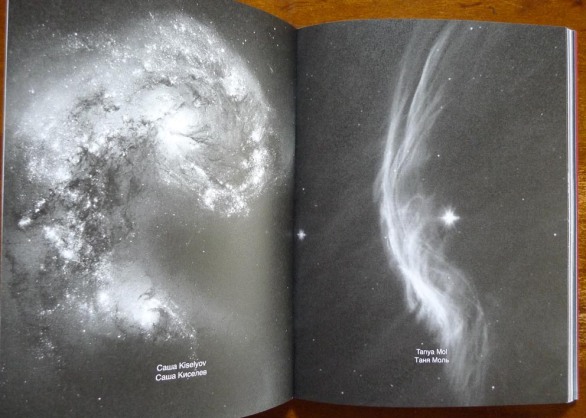 What is also touching is this association of the closest and the further. This intimacy experienced through the families stories from which Alla Mirovskaya takes her matter, and the absolute distance that no human being will ever experience of the faraway space. It’s a big gap in the history of mankind.

This book is also a piece of the history of Russia and the Soviet Union. We see young pioneers at the Komsomol, leisures, community activities, groups. And also, the shadow of the Cold War with the choice to combine the intimate pictures of Russian families with the US space observation. Like was the twentieth century, two opposing cultures which both needed each other to exist. This past century  is also reminded to us by the use of a few red tinted photographs which emphasizes the memory of the communist era !

One of the greatest quality of this book is, in my opinion, the opportunity for everyone to find his own story. This is somewhat a puzzle that everyone will have to rebuild, with different pieces of stories. 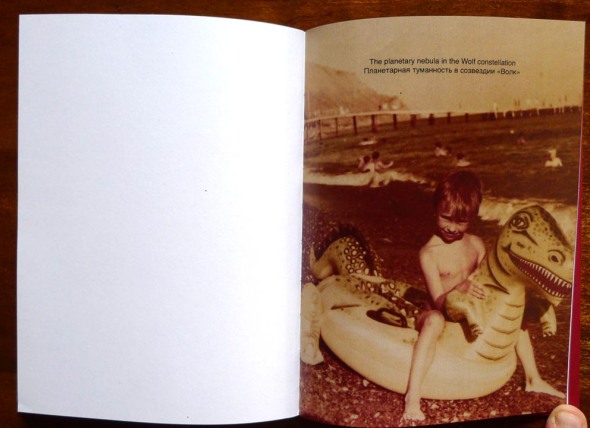 Buy the book at Tipi. 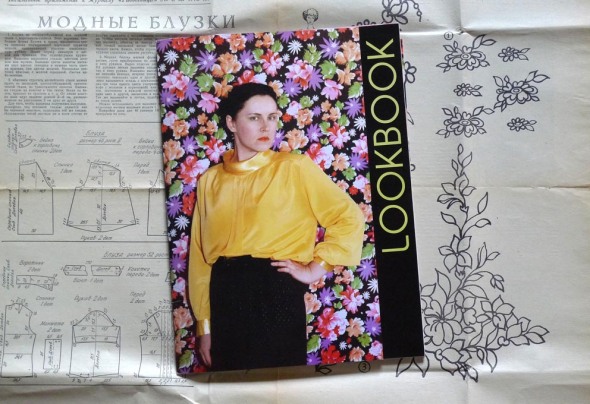 The second book I want to talk about here is “Lookbook” by Anastasia Bogomolova. Old boxes stored in a barn where memories will emerge from. Old clothes from her mother and elder sister, from the eighties and nineties, bought in Soviet stores or sewn at home with the help of patterns found in fashion magazines.

As a child, Anastasia liked to wear these clothes, skirts, blouses and shoes are the symbol of femininity to become for the pre-teenager girl. So Anastasia takes out, from these boxes, these old clothes to begin a journey in time. It becomes a role play to revisit these outfits. The poses are sophisticated, like in those old fashion magazines. Her hair combed, made-up, dressed, she poses in front of old colorful wallpapers from the Soviet era. The colors are acid, both for the clothes and the background. The two will meet in a shimmer of colors.

Just like in those old magazines, poses are supposed to be natural but they are not. Sometimes smiling, sometimes seductive, sometimes dreamy, Anastasia alternately charms us, seduces us, or stare at us with distance. She became actress of that first idea that she had of beauty, discovered in the fashion magazines of the seventies and eighties, questioning the social vision of femininity and sexuality. We find these magazines in the book as small reproductions interspersed, which bear witness to this past history. But where the old fashion photos, are only … fashion photographs, the photographs of Anastasia Bogomolova become canvas in a way like Cindy Sherman did before her. Anastasia is on stage to better look at herself in the process of comprehension of her memory, a way to recreate and to stage his memories. The intriguing effect is that the same woman appears on these photos, as was sometimes the same models found in the pages of these old fashion magazines.

From a personal point of view, this work also resonates with my own history. Indeed, I knew these magazines in the seventies, when, to raise me, my mother quit her job to be a seamstress at home. All around, at home, were these magazines, these pieces of fabric, these patterns, and I got used to the rhythm of the sewing machine … 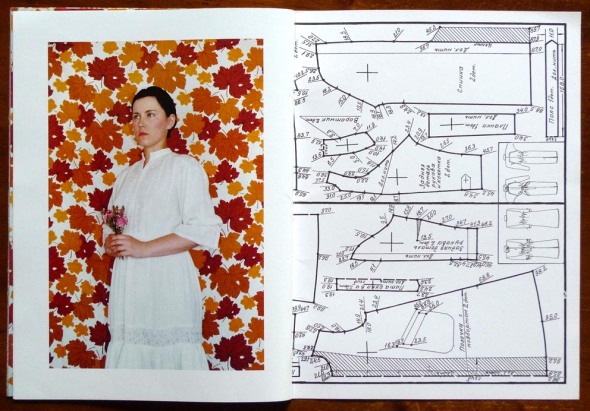 Finally, and not least, this book is very funny. One goes through the pages with delight, it is a cure for melancholy (literally since this book is anything but black). We end it with joy, especially since it includes a poster: silk summer dress with blue and white strips, 1989. This is just what we need to prepare for summer.

And a good ressource for Russian books : http://store.fotodepartament.ru/