PKiN for Pałac Pałac i Nauki, the Palace of Culture and Science in Warsaw, 231 meters hight, more than 120 000 square meters, 3288 rooms. Built between 1952 and 1955, designed by Russian architect Lev Rudnev, the building has been entirely funded by the Soviet Union as a gift from Stalin to the friendly country (his name was originally associated to the name of the building and has been removed during the destalinization period). It remains the highest building of Poland.

Considered the symbol of the Soviet domination, it was a question of destroying the building after 1989 and the decay of communism. Fortunately, it has, instead, been modernized and listed. It now hosts many important international renown events, and finally became the proud symbol of the city.

This building, now widely visited, remains, by its size, still largely unknown. Probably very few people can claim to know it in its entirety, and this is where the work of Jacek Fota drives us. For a year and a half, Jacek has surveyed the building from room to room, corridor to corridor, people to people. He has turned his camera to the back of the scenes, fascinated by corners, details, and everything that constitutes the depth of this gorgeous building which was already part of the collective memory. One already knows the pomp and splendor of the building, as one has already seen a previous image of a festival or a ceremony, but what Jacek Fota suggests in his book is neither more nor less than a walk with the house keeper, in the bowels of the Palace, with ghosts glimpsed in a corridor, or who appear in the thickness of a detail. A light that slides between two curtains ; handsets that we really wonder what they can be used for ; doors that we don’t know where they lead ; machineries ; or a kettle placed on a work plan featuring topless playmates. And also a few portraits of people who seem frozen in a bygone era, not knowing if they are real or not, but who testify the life of the building. There are similarities between them all, thus they form a large united « family ». They tell the unity of the place. 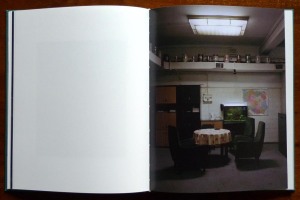 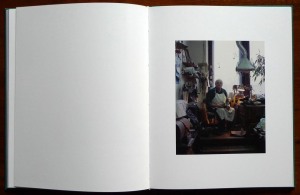 We get lost in this maze of corridors and rooms and we start to be afraid to not find our way back amongst the more than 3000 pieces. The photos are beautiful and perfectly served by a sober and elegant layout, alternating double pages and preserving breaths like when, at a crossing, you wonder which direction you will choose. The style of the photographs shows all along the predominance of the place. The few portraits that punctuate the visit are still distanced, with a game of scale that confronts the characters to their smallness facing the imposing building. Whatever their roles are, these « inhabitants » are still disproportionately dominated by the architecture. Through the pages, we also discover strange associations : an artificial palm tree that seems cramped in a technical room, strange animals facing satellite dishes on the opposite page. We sometimes have the impression of traveling through time and returning 60 years back. 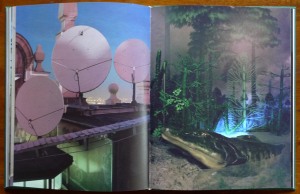 The book ends with some testimonials from different people who used to work there in the palace which highlights the backstage organisation and the spirit of the place. 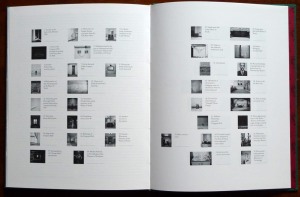 And as a bonus, some extra photos of a selfpublished previous book published in 2014 : Some things are quieter than others. Avoiding the clichés, Jacek takes us through an American trip, a way to revisit the American dream… 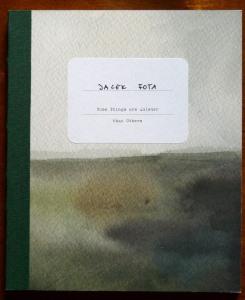