It all started in 1963, with the creation of the Interministerial mission of tourist development of the Languedoc-Roussillon littoral. The 200 km of coasts around the Gulf of Lion, in the south of France, were mainly occupied by unofficial tourism sites and mosquitos. This mission, known as the « Mission Racine », named after its director, Pierre Racine, was intended to offer an alternative to both bourgeois tourism on the French Riviera and popular tourism on the Spanish coast, combined with a new economic development for the region.

If this part of France is well known and stormed every summer by thousands of tourists, the origin of the operation remains little known. And yet, it is probably the largest development site operation that France has experienced after the war, a true symbol of « trente glorieuses ». It is also the first mission in charge of the DATAR (Délagation for the Spatial Planning and Regional Action) created in 1963, which is famously known by photographers for its public photography commissioning initiated in the mid-80s.

This mission is at the origin of the creation of the seaside resorts of St Cyprien, Port Barcares, Port Leucate, Gruissan, Cap d’Agde, La Grande Motte and Port Camargue. The two most emblematic elements of this mission are, from my point of view, the construction of pyramids at La Grande Motte (Jean Balladur project), and the arrival of the Lydia called the « Paquebot des sables » a retired cruise liner at Port Barcarès ; both in 1967. The first seaside resorts welcomed the first tourists in 1968, some 50 years ago.

The context thus presented now brings us to the work of Shane Lynam which, contrary to what might suggest the title, does not present 50 years of tourism on this coast, but rather offers us a state of play of these resorts nowadays. Shane Lynam, an Irish photographer, discovered these places in 2003, long before he became interested in photography, and in 2010 he began his series of photographs over a period of 7 years.

We really feel in Shane’s work his very close proximity to these places, but also a great empathy, even a fascination that remain nevertheless mixed with ambiguity. These projects, which are often compared to the construction of large Parisian complexes, are now suffering from a lack of maintenance and would require renovation works (it is one of the actual questions at La Grande Motte), but Shane is more interested in showing us the plastic qualities of the place, the acid colors of the South, the sun and outdoor life.

Despite this, the plasticity of the images does not fool us, a strange atmosphere creeps in us, like the backstage of a show that breaks the magic of the scene. Public spaces are deserted, characters appear as lost in these urban organizations, sometimes out of scale, like this man in a swimsuit in the street, at the foot of a building, probably in search of a sea that we do not even see. Everything is artificial, even in nature that is mastered.

This statement is summarized in the closing text of the book, where Shane Lynam explains that Fifty High Seasons reflects on the cumulative effect of half a century of tourism on the innovative built environment established by Mission Racine, while showing why I fell for its unique charm. 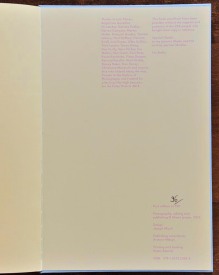 I never really visited this south coast of France, despite a night in a tent on the beach of L’Espiguette, near La Grande Motte, and one of the great quality of this book is that it really made me want to know more about this touristic area and its history !

And a video about the arrival of the Lydia in Port Barcarès, in June 1967

The old-fashioned charm of post communist Romania is the first impression we feel with this book of photographs taken between 2007 and 2017, by Ovidiu Gordan. A bit like the feeling of going to see a friend who takes us through the streets and alleys of his village, then to the countryside. 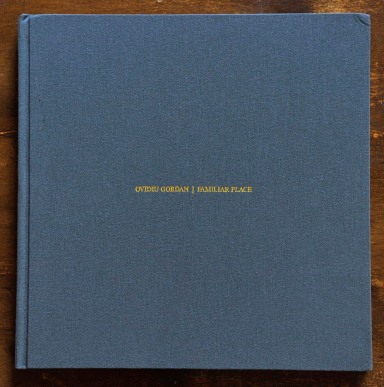 As familiar as these places are, they are none the less singular. Ovidiu, with his camera, meticulously notes everything he meets and « finds ». He guides us through his country with a certain pride. He tells us his memories, the table of a restaurant he frequents, the cat he often meets on his daily journey and tries in vain to approach. Without knowing Romania, we can let ourselves be carried away by the narrative, this book tells us stories, it leaves priority to in our imagination, like this old Dacia, a copy of the French Renault 12 owned by a person who was dear to us… what has become of her? 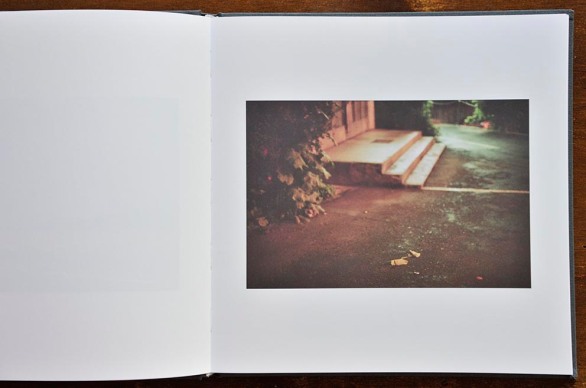 We see nothing of the country, or perhaps, on the contrary, we really see it, in the sense of understanding it. No postcards or clichés, the photographs follow the rhythm of our wanderings. When a couple passes by, Ovidiu whispered to us the singular story of these two people. Old photos on the wall, hanged on a decayed wallpaper tell the story of a time when Romania was under the yoke of Ceausescu couple. The photos alternate scenes of incredible precision, as frozen timeless, and other moments vaporous, bathed in blur and fog. Things do not come out spontaneously, you have to make yourself available, give them attention, to find their preciousness. We meet people too, of course, some people who we dare to approach and others we do not want to disturb. 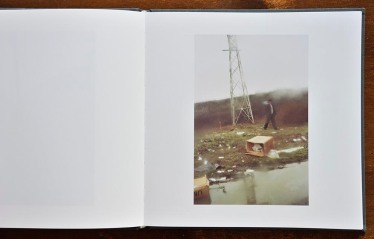 Time passes and we have to leave this friend. The book goes on and familiarity sets in, and becomes our own. We recognize signs, the local culture permeates us, a woman, met on the road, smiles, we are no longer strangers.

The book is endearing in many ways. The principal is certainly the generosity that he transmits which remains in us, after having traveled through those « Familiar places ». There is a need in Ovidiu to seize these moments, to tell their reality, as if we need to be convinced of our own existence. Capturing these little non-events, this collection of little things that we collect every day to keep them preciously in a notebook of memories, until we meet them again, a bit like the book « I remember » by Georges Perec that he presented as: « small pieces of daily life, things that, a year or another, all people of the same age have seen, lived, shared, and which then disappeared, have been forgotten; they were not worthy of being part of history, nor of being included in Memoirs of statesmen, mountaineers, and sacred monsters. Sometimes, however, they come back, a few years later, intact and tiny, by chance or because they have been looked for, one night, with friends. »