Beware of the dog by Alex Llovet →

Or the tribulations of a Finnish girl in New York … 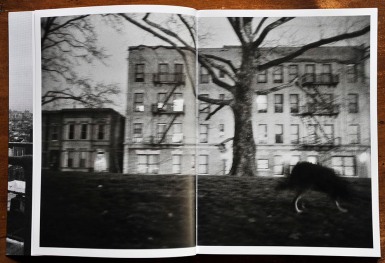 Apart from the Native Americans, the United States are almost exclusively inhabited by descendants of migrants. The waves followed one another according to the European temporalities (starvation, religious reforms …), the Finnish community in New York was mainly established during the first half of the 20th century, settling notably in Brooklyn.

In 1988, Nina Korhonen was studying photography in Stockholm, when she begin visiting her grandmother in New York. She wants to document the history of this community ; she takes pictures, speak with people, listen to their stories with empathy, to understand a part of the story she comes from. 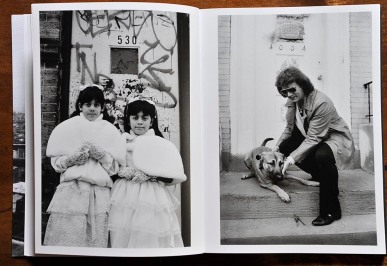 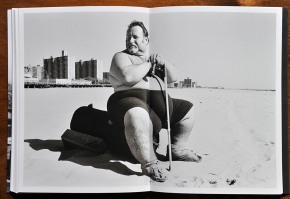 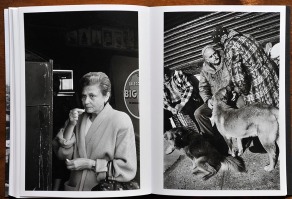 We are dealing here with a slow photography, close to the subjects. Nina lives among this community ; on weekends she goes to Coney Island which becomes, at the same time a public space, an agora and a playground. People walk there, meet there, or show up, sometimes in poses that could be ridiculous if they were not there to remind us that a society is permanently a game of seduction in our relationship to others.

There is also a lot of privacy in this photographic work, when the night comes, the lights fade and the interiors light up, whether in a kitchen or when the sound of The Laiho Brothers with their accordions starts to be heard in the ballroom. Choreography at the scale of a neighborhood in which everyone will find his place. However, Nina does not forget the decor in which the scene is played, the subway, the street, the water, the beach, this impression of déjà vu cinematographic. We can easily imagine Matti Pellonpää and Kati Outinen, after having emigrated to the United States, finding themselves, at the sound of the accordion, in a dialogue straight out of a Kaurismäki film. We also think of this other story of Hungarian migrants in “Stranger than paradise” by Jim Jarmusch. But we also find the fascination for people, caught in the simplicity, even the naivety of their daily life which impregnated “The Americans” by Robert Frank.

Nina Korhonen work is refreshing in a photographic world that has now moved, sometimes with excess, into a conceptual environment. Here we just share moments of daily life, which tell a story written in the past, but strongly rooted in the present and which leaves us with the impression of having spent a few days with friends… and back again, the tune of the accordion that still resonates in our head. 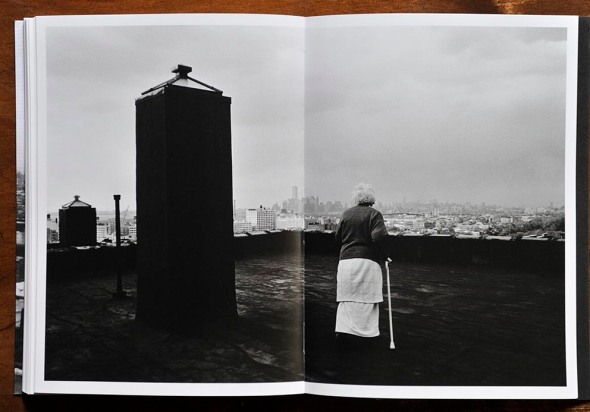 Night falls on Brooklyn now. Tomorrow, if the weather is nice, we will go to the beach…

The site of Nina Korhonen : http://www.ninakorhonen.com/

Another review in French by Fabien Ribery : https://lintervalle.blog/2019/05/22/brooklyn-a-largentique-par-nina-korhonen-photographe/