Ibasyo, by Kosuke Okahara. The quest for « a physical and emotional place where a person can exist »*.

This project is something very particular in the photobook world. Ibasyo is a very thick square book (15 x 16 x 3 cm), hardcover with grey linen, containing numerous black and white photographs which topic is 6 girls who suffer from self-injury. With the book, we enter the world of the victims of self-injury through their intimacy. Photos of daily life of the girls are interspersed with texts extracted from conversations Kosuke had with the girls. The photographs are fantastic and we understand the strong complicity between the photographer and his models. 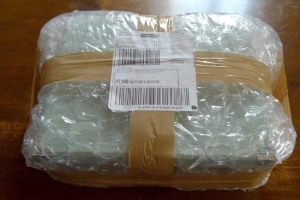 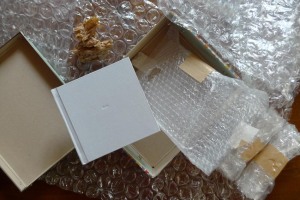 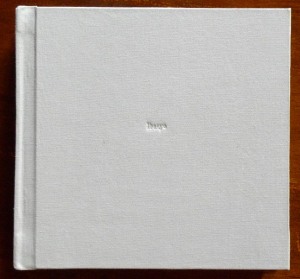 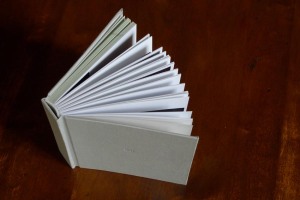 This is a long term project and Kosuke Okahara has been asking himself how it would turn. It all started when he met a girl who talked him about her disease and suffering. In those symptoms he recognized some of previous feelings he had, due to his childhood. He began to find people who suffer this self-injury disease and started to photograph them, not really knowing where that would drive him. 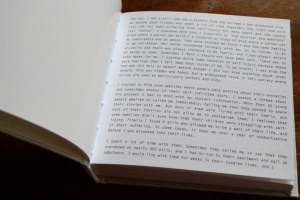 It took time, but he built a strong connivance with six girls whom he also became a confidant thus therefore, they often called in case of emergency. What also came with this piece of work is the interrogation for a photographer to do a photo or not ? Sometimes it becomes very hard when a girl is cutting herself in front of him, saying that he has to let her do, otherwise it would be worse later. So he stands still and keeps taking photographs before he can take care of her to make her find some peace. This is something I don’t know how I would deal with. Well… I won’t tell you the story of each girl, you’ll have to read the book. 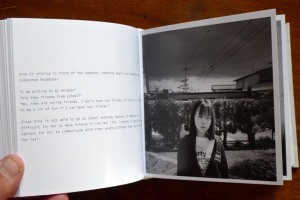 Part of his intentions were, with the help of photography, to restore the self esteem of the girls. And, in fact, this was one of the reason for them to be part of this project : they wanted to discover how other people would perceive them. Kosuke showed them prints but he wanted to do more and let the wide world know the stories. Then came the idea of a book which is the most wonderful part of this project. 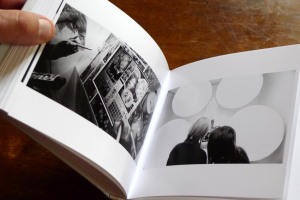 For us photobook collectors, we sometimes reach to a high fetichism level when it comes to books. What is great with this one is that it cannot be bought neither possessed. Kosuke Okahara made 6 copies of the book and each of them can be borrowed for a time, then sent to someone else. Each book is dedicated to one of the 6 girls, and, at the end of the travel, it will be given to the dedicated girl. My copy is the book for Yuka, and I am incredibly happy to be the first temporary home for it. The book is made for an half of blank pages, in which Kosuke asks every borrower to write some words. That can be feelings about the photos, or a message to the girl. The purpose is to show each girls that their lives are important, and their stories now known by a lot of people all around the world. After that, each borrower will be given instructions to send the book to the following one. Each step is updated on Kosuke’s blog. 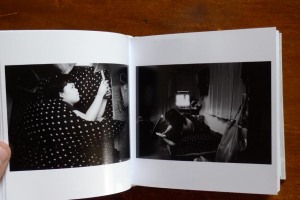 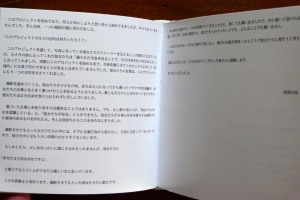 Self-injury is something I have heard about, but never reached that level of knowledge, and therefore involvment. I have to thank you for that, Kosuke ! I may be a little bit sad when the book will go, but I’ll be richer from this sharing experience.

Here is the beginning of what I wrote in the book :

With the help of Kosuke, and with your participation, I know a bit of your life. I have entered your intimacy and I think it would be fair to let you know a bit of my life so we can start to know each other. My life is no more, neither less, important than yours, so please let me introduce myself… »

Well, if you want to read more, you’ll have to borrow Yuka’s book !

* extract from introduction by Kosuke Okahara

Morning sun by Matej Sitar, a tribute to the beloved.

Today is a post about a fellow photobook blogger and also a photographer… a bit like me in fact, and here am I talking about his work as a photographer.

“What does it mean to become a father for the first time? How will everything change, what will the days look like and what will be the new routine? Well, I can’t tell the answers to any of those questions, at least not now anyhow.” This is how Matej introduces his new book. 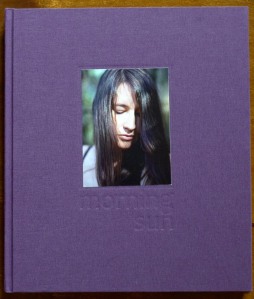 The title of the book is “Morning sun” which, for me, symbolises all the hopes of a new day. The first look through a window, in the morning, could indicate what the spirit of the day will be, and I assume this is what this title means : the morning sun of a new life.

The book can be considered as a diary of the couple’s pregnancy (in some countries, it is considered that the two are pregnant). Maja, carrying the growing fetus, and Matej, fussing around and trying to find answers to his own questions. The book is both, a tribute to his wife, and a catharsis : the tribute to his beloved, involved in the slow process of giving birth and a catharsis for Matej, temporarily excluded of the process itself, trying to find a cure to his growing anxieties. And therefore, he used photography to express his feelings. 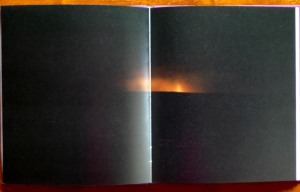 The book is a succession of small moments with different levels of concentration. We stay beside him staring at a detail of Maja’s body with the fascination of the changes of her forms, and then, we run outside with little bashfulness. It takes nine months to give birth and the changes of seasons work as a metaphor of the cycle of life. 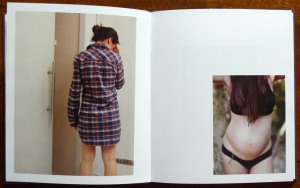 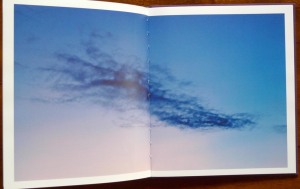 A bit like a woman’s envy, while pregnant, Matej concentrates on some details which are completely out of context, some water drops, flowers, clothespins… like a wandering mind, always brought back to Maja playing guitar, fishing, walking in the street or having a shower. She is the obsession of the book, and whatever Matej tries to entertain his mind, he is always back to her. 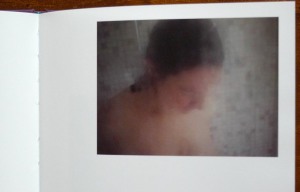 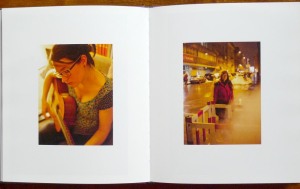 One of the quality of the book is that it does not show us any chronology, it is all mixed up. We do not begin with a pregnancy test, neither end with the birth. When I was talking about a diary, it has more to do with feelings than with facts, except for a few photographs showing Maja’s belly, we would not even notice about her pregnancy and the changes that means for a couple. The book is about Matej’s love emphasized by his feelings. 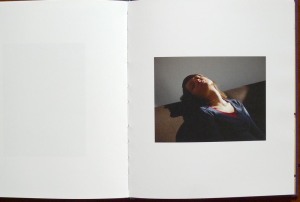 This is finally the answer of his questions. Yes it has changed his life because she/they became, once and for all, the most important persons in his life.

Well… It is all a question of love ! And I wish the very best to you all members of this new family !

Becoming Simone, by Alessia Bernardini, with the help of Simone Grippi

Yesterday was the first anniversary of this blog, and I think that would be nice to celebrate with the wonderful story of Simone. 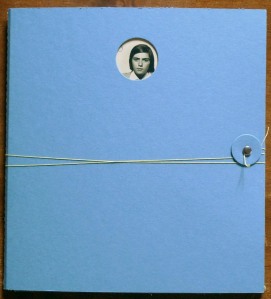 Photobooks have recently gained a new status in the art world. They have become a piece of art in themselves. Some books printed in limited edition have reached some incredible prices on the second hand market. The common point in these books is that they tell a strong story.

This is exactly the case of the book « Becoming Simone ». A square book of 21 x21 cm, 64 pages on two interlaced booklet. Print run of 220 plus 30 special edition with a print.

So what is this book about ? As suggested by the title, Becoming Simone is the story of Simone, a man born in a woman body with the former name of Angela. From his early childhood, he knew there has been a mistake with his body, feeling ashamed of it. At the end of the teenage years, he/she was diagnosed a Gender Identity Disorder (GID) which allows him the possibility of sex reassignment surgery. The cost of such a surgery was prohibitive, and Simone had to wait until the age of 51 to start the process.

There is no pathos in the book, we follow Simone’s fight for life, and what emerges is the incredible taste of life of Simone. As we enter his intimacy, we understand, as he stated, that it is more important to reach what we believe in, even if it is only for a few years (he always keep in mind that he may die from each surgeries), than living in a world of lies, which is what he thought about his former life.

At the end of the book, we discover, enclosed in an envelope, a letter by his psychiatrist summarizing his complete story. 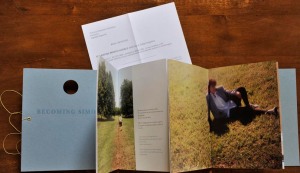 This book is incredibly touching and is a true refreshment in the actual debate about genders. And the great quality of Alessia, is that she turned Simone into a friend of us whose we may care. One of the most beautiful book published this year !

Copyrights all images by Alessia Bernardini and Simone Grippi.