For your consideration, in my humble opinion – some books from 2018 !

I have to confess that all those lists are no surprise, Raymond Meeks, Mark Steinmetz, Matthew Genitempo, Carmen Winant, Laia Abril and you can go on… of course they are the best books of 2018. Just consider the meta list and you’ll get the best books published this year (236 list makers…), nothing else to say. So I was wondering, what is the point to post another list. For the last few years, I did what I called a “los olvidados” list (yep that’s a reference to Bunuel), but this year, it is not a forgotten list, but rather a question : why those books have not been mentionned so far. I only choose books which not appear in the meta list (two mention to appear), so if Viory includes my list, maybe some will appear and gain a rank…

Let’s start with no order neither priority and I wish you all a happy new year full of great discoveries in 2019 :

Race with the devil by Yan Morvan, published by Serious publishing

Yan Morvan spent years with motobike gangs, even putting his life in danger, this work is unbelievable for me in consideration of immersion to get good photos. Ans he remains not that known worldwide. I also though about another great book from Yan published this year : Bobby Sands with André Frère.

Still don’t understand why this wonderful photographer remains unknown. The slow melancholy of his landscapes deserves a wider eccho, maybe if Steidl finally publishes his “French Landscapes” next year !

Looking at the overlooked by John Myers, published by RRB Photobooks

Probabaly one of my actual favorite photographer. For those who know my work you may understand why. And finally a great book (with his previous one “Portraits”) which gives justice to his work. Well technically, this one is supposed to be published in 1019, but I already received it, so…

America revised by Gerry Johansson, published by Only Photography

Gerry is one of my absolute favorite photographer and his book American winter has already been mentionned profusely, but… If American winter is another great book, it is just another one in his series of cities books. This one brings in light his very marginal color work which is gorgeous, but also a larger size printed view of his photographs in the size of his original prints, and everything perfectly done as Roland Angst knows to do.

A wonderful testimony of what has become one of the most incredible touristic and land planning experience of the XXth century. Planification to create from nothing one of the biggest French touristic area. A gret discovery for me, including what was called the Mission Racine planned by the DATAR. 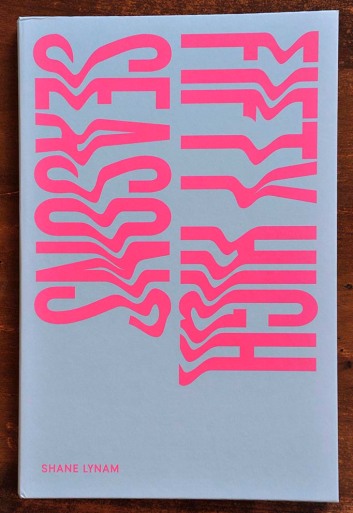 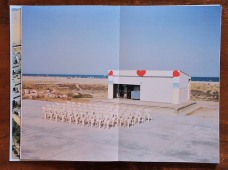 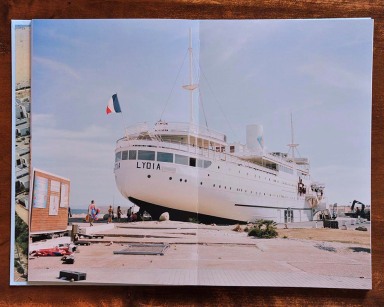 Fables of Faubus by Paul Reas, published by Ghost books

We all know Martin Parr’s work, but Paul Reas has been long ago working on the same topics, and finally a book which gave him justice : a dive through the English society with reality, humor, sadness and colorful…

I am a total fan of Christopher’s work. There is so much poetry in the way he looks at things. You just need to hold one of his book in your hands to be converted… Unfortunately only 60 copies. 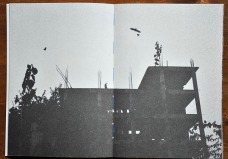 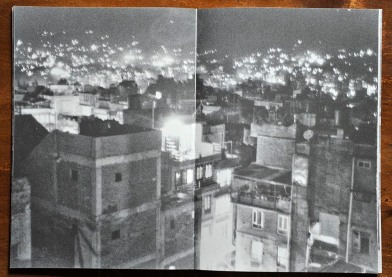 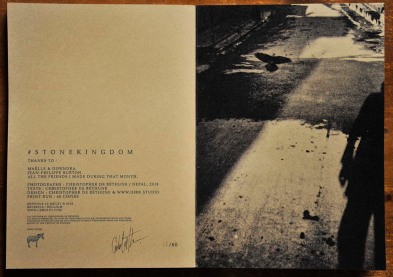 Time after time Sergej still surprises me with new experiments and renewal. He turns reality into abstractions and kind of mental images of the world that surrounds us. Handmade books after books they are more and more fantastic ! 100 copies only.

I have always loved Paul Fusco’s idea of taking pictures from the funeral train of Bobby Kennedy showing America in 1968. Rein jelle Terpstra investigates the way that was followed by the train to find pictures made by people standing by the passing of the train. Some brilliant reverse shots which complete the original story and tell a lot about the moment. 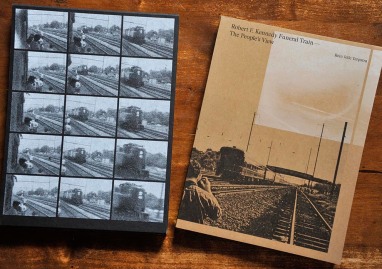 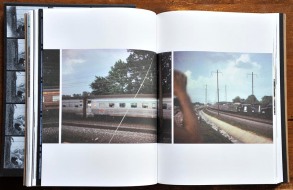 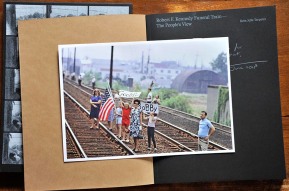 IKKI edtions initiated a few years ago a collaboration between photographers and musicians. Every book is a journey of the photographer to accompany a specifical music, this one comes with a composition by Scott Worthington. You can turn the page listening to the music, or vice versa. So far two sets of three books and records have been published. 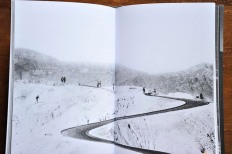 Yuka and the forest by Lena C. Emery, published by APE

A slow meditation about a girl and a forest, beautifully printed and a touching story if you make yourself available to it. 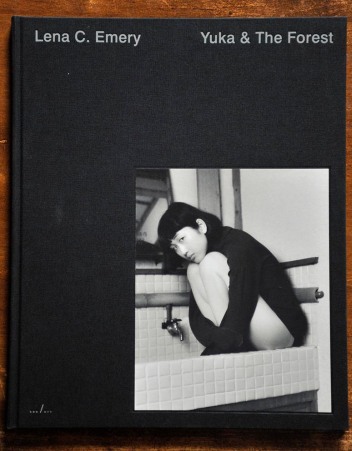 A catalog of an exhibition held in Montreuil at gallery “Lumières des roses” with numerous photos of the former suburbs of Paris. A piece of history about contemporary urbanisation of cities. 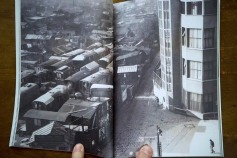 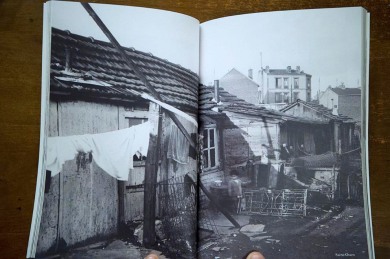 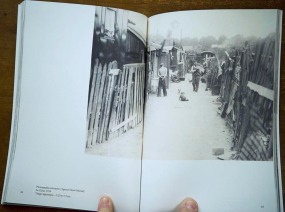 We have read so many lists of best books for 2017 that all the best books have probably been already mentioned. But I’ would like to add a few ones that were kind of forgotten and that, in my humble opinion, are worth a look. In no specific order, here they are :

Island by Reza Kalfane, self published. A French photographer in his land of adoption : Iceland, very strong black and white poetic photography

La vie sur terre, archéologie de la mine by Didier Vivien, published by Editions Loco. Another French photographer in this impressive thick volume of 640 pages. The story of the mining area of Nord Pas de Calais through its complete story from 1720 till today with more than 800 photographs and documents in this book. 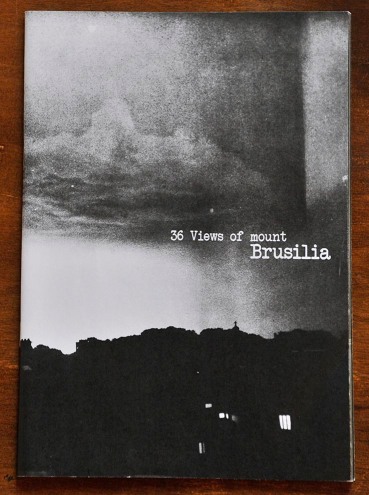 Exist to resist by Matthew Smith, published by Youth Club. Subculture and resistance in England from 1989 to 1997. A piece of English history from the inside. The title of this book just says it all ! 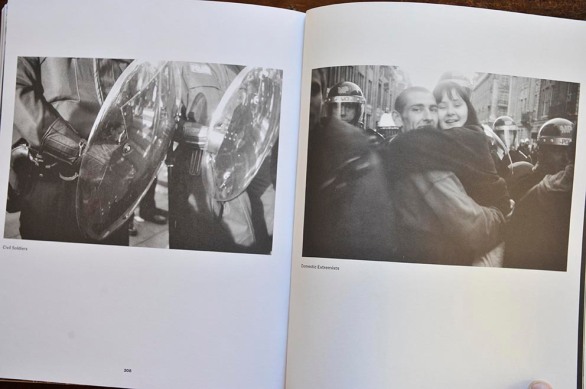 Zapis socjologiczny 1978 – 1990 by Zofia Rydet, published by Muzeum w Gliwicach. Another strong piece of work by a Polish photographer who began this series at the age of 67. She took more that 20 000 images in more that 100 towns and villages in Poland. The book comprises three series which are “Sociological index”, “Women standing on their front door” and “Professions”. 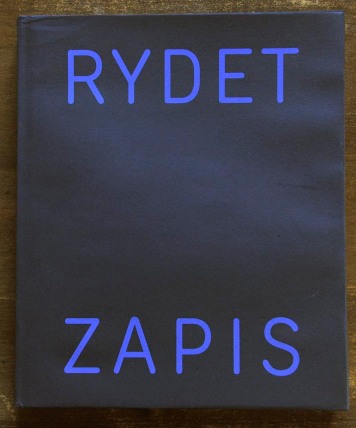 Pédiatrie by Philippe Spigolon, self published. For 24 years, Philippe Spigolon has been working as a nurse in a French hospital, at the children department. And for all those years, Philippe always had a compact camera with him, taking photographs everyday. This huge box set comprises four volumes, each containing 772 photographs, following his long time carreer, and each volume retraces exactly the same period, but with different photos.

A proposition for departure by Sohrab Hura, self published. Following his widely acclaimed “Life is elsewhere”, this proposition is, according to Sohrab “a blueprint of my experiments with the relationship between images and sound.” Not really the awaited second volume of his story, but more like an intermede. 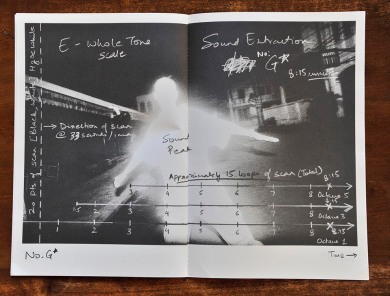 Finché tornerai terra by Valentino Barachini, published by Origini Edizioni. origini Edizion is specialized in artist books in very limited print run, and this book is probably one of the most beautiful book I have seen recently, with everything perfectly achieved, photos, poetry and form. A one not to miss ! 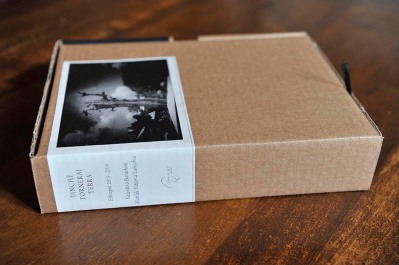 Seconda porta dell’anima by Michèle Mettler, published by Origini Edizioni. Second book by the same publisher. Different form, and different story but another beautiful artist book, about acupuncture and soul… Another fantastic work with photos and words interwined.

Arktikugol by Leo Delafontaine, published by Editions 77. The strange story of a territory administered by Norway, where are living people from more than 20 countries (climate observers) and with a main background connected with the Soviet mining history : the Svalbard is the Northern inhabited land on earth, and this is this story, past and present, that is told in this book, living at the margins of the world.

Youth Unemployment by Tish Murtha, published by Bluecoat Press. There are three reasons for me to mention this book. The first one is that Tish Murtha passed away far too young and never got the recognition she would have deserved as a major English photographer. This book is the first one showing her work with teenagers in North of England and that’s fantastic to be able to see this series. The second reason is for the recognition of Bluecoat Press who’s doing a great work for English photography, and Colin Wilkinson already published this year the long awaited “Small Town Inertia” by Jim Mortram (already mentioned on a few lists). The third reason, is that I LOVE English photography particularly in its social and political dimension ! 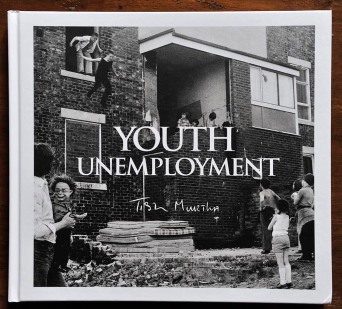 And a last one which I like a lot : Township and Bement grain by Adrianna Ault, Tim Carpenter, Raymond Meeks and Brad Zellar, published by TIS Books in a box set as Dumbsaint 01. A photography full of sensibility which I like a lot. A sort of minimal photography which tells a lot ! Beautiful design and beautiful print quality. 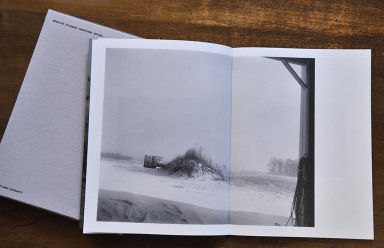